LCTF is Lauren’s charity. Tragically, she died from GPA.

LCTF is Lauren’s charity. She tragically died from Wegener’s Granulomatosis (Granulomatosis with Polyangiitis, or GPA) at the age of 15.

The 23rd October 2010 will forever be a date etched painfully in our memory.
Lauren, our only child, had just turned 15 when she died from Wegener’s Granulomatosis (now called Granulomatosis with Polyangiitis, a variant of Vasculitis).

There are very few things worse in life than being told that your daughter, the absolute centre and light of your life, is going to die. Harder still to face her inquisitive eyes moments later and appear confident and reassuring as you try to cram a lifetime of love into a few short moments.

Fortunately, Lauren was unaware she was dying and tried bravely and uncomplainingly, while undergoing so many gruelling procedures, to fight her way back to health. Her own determination and positive attitude are what inspires us today to leave a lasting legacy for our beautiful daughter.

The foundation we have created in Lauren’s name also reflects her last obsession – The Twilight Saga. The novels on the bookcase are well thumbed and have been read many times from cover to cover; a sea of posters covers her bedroom walls; a 6ft cardboard cut-out of Edward Cullen, which was often planted outside our bedroom door as she delighted in hearing us jump in fright, still stands menacingly in the corner; books, calendars, action figures, t-shirts, cinema tickets, games…. We refused to call our new puppy Edward, so a compromise of Eddie was reached. It seemed only fitting then that the name Twilight was incorporated into the charity.

This is Lauren’s charity, founded through our love of our daughter and everything she represented.

She was a bright, intelligent, bubbly, fun-loving girl with an infectious laugh that affected all around her. It is that daily infusion of hysterical laughter which still rings in our heads. Now… the silence is deafening. There is a huge, vacuous hole which can never be filled.

The days that followed Lauren’s death were spent scanning the internet looking at signs, symptoms and treatments of Vasculitis, only to discover quite incredulously, that this was not a terminal illness. That may actually have been easier to digest. Our beautiful daughter need not have died had her individual symptoms of rhinitis, frequent bouts of tonsillitis, joint pain and lethargy been pieced together.

With this fact in mind, we pledged to ourselves and to Lauren’s memory to support others suffering from Vasculitis. Her charity now raises vital awareness throughout the United Kingdom, as well as producing guidance and support materials for patients with all forms of Vasculitis. It also funds guidance for health professionals, delivers national support groups and funds scientific research.

Her charity has been established since October 2010 and has been instrumental in helping us come to terms with Lauren’s death. Seeing other patients receiving support and assistance from Lauren’s charity makes all the hard work and tears in building it so worthwhile. We have been incredibly moved by the support that we have received from people who have been touched by Lauren’s story and the subsequent work of the charity.

Thank you, your support has been vital. 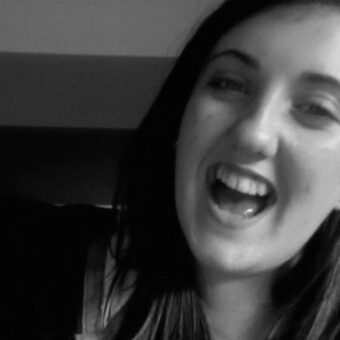 The days that followed Lauren’s death were spent scanning the internet looking at signs, symptoms and treatments of Vasculitis, only to discover quite incredulously, that this was not a terminal illness. Our beautiful daughter need not have died had her individual symptoms of rhinitis, frequent bouts of tonsillitis, joint pain and lethargy been pieced together.

Get information See our factsheets about GPA and other types of vasculitis and treatments.
Read other stories Not everyone's story is the same. Read more stories from other people with vasculitis.
Please donate Please donate to help us help support people like Lauren.